Kathey Porter is a business expert that knows the lay of the entrepreneurial land quite well.   It’s no wonder why she is looking to change the way that African American women show up in the world of business. One of the ways she is accomplishing this shift is by publishing the book, 50 Billion Dollar Boss.

Ms. Porter has owned several businesses and is currently the Director of Small Business and Vendor Diversity Relations with the University of Florida. Her experience as an adjunct instructor spans over ten years and includes stints at Virginia Tech – Pamplin College of Business, Savannah State University, Savannah College of Art & Design (SCAD), Strayer University, Columbia College and University of Phoenix. Kathey received her MBA from Georgia Southern University, BBA from Savannah State University and a CPSD (Certified Professional in Supplier Diversity) through the Institute for Supply Management.

She developed a strong acumen for branding and marketing while working as a marketing executive for Fortune 500 companies including Carson Products, Revlon Professional, and Colomer USA.

Kathey is the Director of Small Business and Vendor Diversity Relations at the University of Florida. She was previously the Supplier Diversity Administrator and an adjunct business instructor in the Pamplin College of Business at Virginia Tech in Blacksburg, VA.

An expert on small business, supplier diversity and entrepreneurship, Kathey is the author of the book 50 Billion Dollar Boss: African American Women Sharing Stories of Success in Entrepreneurship and Leadership (Palgrave Macmillan) which was a 2015 NAACP Image Award Nominee. She has owned and operated several businesses including three retail stores, KPGroup Marketing, a marketing consulting business and Kuumba Brown, LLC, a designer and marketer of children’s bedding products. In 2014, she founded BusinessFAB Enterprises, LLC, a multiplatform media initiative focused on the development of content, communications, customized events and continuing education programs for women entrepreneurs (www.businessfabmedia.com).

Kathey has been an adjunct instructor for over 10 years at several colleges and universities including Virginia Tech – Pamplin College of Business, Savannah College of Art & Design (SCAD), Savannah State University, Strayer University, Columbia College and University of Phoenix where she has taught various undergraduate and graduate courses including Marketing, Public Relations, Business, Entrepreneurship, Communications, Leadership, etc.

Kathey is a frequent speaker/panelist at conferences and events focusing on supplier diversity, small business development/entrepreneurship, women’s entrepreneurship and empowerment and diversity and inclusion. 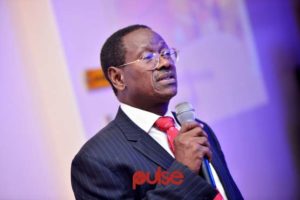 Chief Kola Akinbami is a West African Chief, Businessman, Global Thought Leader, Author, and Philanthropist. He is known as a notable entrepreneur that holds two chieftaincy titles – Babalaje of Ifewara and Babalaje of Gbongan, Osun State.

Dangote Group (The Dangote Group is a multinational industrial conglomerate. It is the largest conglomerate in West Africa and one of the largest on the African continent.) owned by Billionaire Mogul Aliko Dangote (Aliko Dangote is ranked by Forbes magazine as the 67th richest person in the world and the richest in Africa), awarded 4 contracts to Stabilini Visinoni Limited.  While at Stabilini Visinoni Limited, Chief Kola Akinbami (Chief Executive Officer) executed the development of  Dangote Sugar Complex , MARAYA Court,Civil Works and Apartment complex for Dangote Group.

Born in 1944, he is the youngest son of the late Chief Thophilus Adunola Akinbami, Ekefa, Olufi of Gbongan. He attended St Stephen School Inalende, Ibadan, St Paul’s School, Gbongan, and proceeded to Government College Ibadan in 1958.  He obtained his West African School Certificate and Higher School Certificate in 1962 and 1964 respectively.

In 1965, he won a United States Agency International Development (USAID) Scholarship to study Biochemistry at the University of Illinois, where he obtained Bachelor Science Degree (Biochemistry) with honors.

In 1975, he enrolled at Suffolk University Business School, where he obtained his MBA, specializing in Finance and Marketing.

From 1984 – 1990, he served as Executive Director of Pfizer International Inc, a subsidiary of Pfizer Inc, New York, USA

In 1990, he originated Cellini Investments Limited, which has interests in Commercial and Residential Construction, Civil Engineering, Petroleum Property Development, and Telecommunications.

Chief Kola Akinbami has traveled to several countries, tirelessly promoting the virtues of entrepreneurship, empowerment, and opportunity for all.

How to Start a Home Care Company the Right Way

1. How to hire excellent employees

2. How to deliver great customer service and create an experience that the client will take him not get anywhere else.

3. How to develop a strategic marketing plan the market is competitive, and there’s more more going into the business everyday.

For more information, go to www.elitehhcs.com

How to Improve the Front Desk Your Medical Practice?

For over 20 years, our consultants have helped healthcare providers across the country streamline their business processes, improve patient flow in practice operations and keep current with the ever-changing state and federal compliance guidelines. Whether you’re preparing for a Federal, State, or Insurance Company audit, searching for opportunities to expand your practice or need educational services our consultants can provide the tools, training and consulting services you need.

Ducere Investment Group and City of Atlanta recognized Honorable Justice Fatima Akinbami for her appointment to the Second Highest Court in Nigeria.

END_OF_DOCUMENT_TOKEN_TO_BE_REPLACED

In addition to consulting services, we offer training to physicians and their staff on the many diverse healthcare related topics, such as ICD-10, Coding and Insurance Billing, Front Office Management and Collections, Financial and Personnel Management, OIG, HIPAA, Medicare and Medical Record Compliance, in a clear, precise and easy to understand format.